How do I know if I'm being called to religious life?

Everyone has a purpose and a vocation. God calls some people to be single, some to be married and some are called to consecrated religious life. Priests and religious brothers dedicate their lives to Christ through service to God’s people. For Divine Word Missionaries, that work can take them almost anywhere in the world!

So how can you know if God is calling you to religious life? 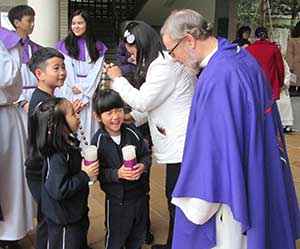 The best way to discern your vocation is to set aside time each day to have a real conversation with God. Whether at church, in your home or your favorite spot in nature, prayer should be a conversation. Listening can only happen in the silence that comes when you’ve put aside your worries and calm your soul enough to hear God’s voice. Reading the Scriptures or writing down your thoughts will also help.

When you feel ready to talk about your discernment, Divine Word Missionary Vocation Directors are here to help. They can assist you with your discernment, tell you more about religious formation and answer any questions you have. Making contact in no way commits you to the program. It’s simply an opportunity for you to find out more about being a Catholic Missionary. You don’t need to be certain of God’s call before the conversation – our Vocation Directors understand that the discernment process requires a great deal of time and reflection because they have experienced it themselves!

Who are Divine Word Missionaries?

Divine Word Missionary Priests and Brothers share the Word of God with those who may not have heard the Good News. They live the lessons of the Gospels by serving the poor and marginalized, people of other cultures and faith traditions and all faith seekers. They serve in more than 80 countries around the world and are members of the Society of the Divine Word, the largest international missionary order of men in the Catholic Church. Founded in 1875 by St. Arnold Janssen, the order has a rich and diverse history.

As you consider God’s plan for you, keep an open and generous heart. If you trust God, your heart will be available for anything the Lord asks of you.

His mission is our mission. Could it be yours? 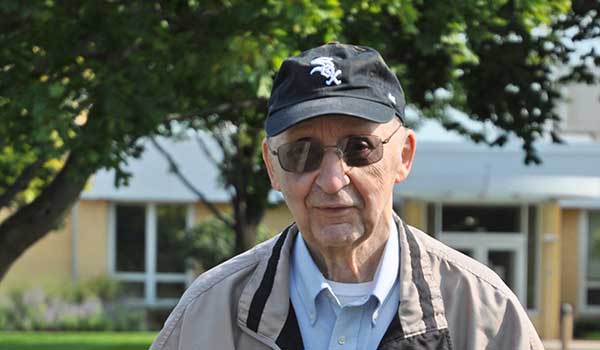 "I was born about 30 miles south of Dubuque, Iowa and went to high school in Bellevue. After my sophomore year, I felt a calling, not just to the priesthood or religious life, but in particular, to the missionary way of life." 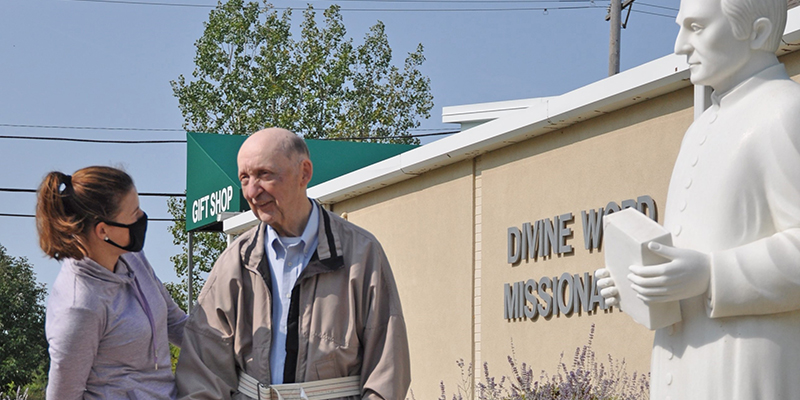 "I was born about 30 miles south of Dubuque, Iowa and went to high school in Bellevue. After my sophomore year, I felt a calling, not just to the priesthood or religious life, but in particular, to the missionary way of life. Where did that come from? It is hard to say. There was Brother Wayne Till, SVD and Brother Larry Kiefer, SVD who were from the Bellevue school ahead of me. They may have had some influence on me.

I found that my high school years went quickly, and it was soon time to make up my mind about going to the seminary. I enjoyed having a partner for the prom my junior and senior year, and I knew there would be no prom in the seminary!

Nonetheless, after more reflection and prayer, I decided to seek entrance into the SVDs. They directed me to the Society of the Divine Word’s person who met with those who were considering a vocation. Eventually, I got to see our campus in Techny, Illinois. One of my uncles drove us out from Iowa. I sought entrance and was told to report to Miramar in Massachusetts for college in 1962.

When it was time to leave, I came to Techny and picked up the bus which was taking candidates like myself to Miramar. That was my beginning. I recall driving through the state of Indiana. I was feeling very homesick. I thought to myself, 'well, if I turn around and walk home from here, I could make it in thirty days!' Nonetheless, I kept going to Miramar.

It took time to adjust to the East Coast, to the whole group of young men, and to the studies at the college level. But I persisted, and got good grades the first semester that I was with them, so I just kept it up.

After two years of college at Miramar, I went to Conesus, New York for a year of novitiate. That was an entrance into the SVD way of life in the sense of learning prayers, and the wearing of the religious habit. It also included a lot of softball, a lot of gulley climbing, and a lot of outdoor life when we could manage it.

While in novitiate, we learned that we would resume college in Epworth, not Miramar. I picked out English and American literature as my preferred majors. Of course, there would be philosophy and theology as well, and some other subjects.

I remember an incident that occurred on the bus ride with the other seminarians from Conesus to Epworth. I recall being west of Dubuque, and I knew there was a steeple that would be sighted on the right side of the road. It took about ten miles before that steeple finally appeared. I think the guys were getting tired of me saying, “It’s right ahead.” We got off the bus and I was back home again in Iowa. It was a new building at the time. It struck me that the Society of the Divine Word had invested considerable resources in this college building.

It was nice to be able to get home every once in a while. One of the things I loved to do was to go racoon hunting. On Friday night, I would take one of the guys and first, we would have supper somewhere. Then we would join my uncles in hiking around the hills of eastern Iowa. We enjoyed it.

In other months, we would go fishing. I remember one time that the guys had to make a choice. They could either go to Techny and attend an ordination ceremony, or, stay in Iowa and go fishing. Two of them decided to go fishing. One of them was from Brazil. When it came time to go fishing, we arrived at the river, and he turned around and said to me, “Is this the Mississippi River?” I said, “Yes.” He almost kissed the water. He was so thrilled because he had heard all about the Mississippi River when he was back home in Brazil the same way we have heard about the Amazon River here.

During the spring of my last year in Epworth, Fr. William Fitzgibbon and the other staff members arranged a night on the Mississippi. We took a change of clothes for an overnighter and went down to the river. We set up some tents and spent the night. It was nice, but the sand on the bank was never smooth enough for me. I only did it once.

We were going to leave the next morning after we had gone fishing. No one told me how early. I remember one of the guys yelling, “Heiar, are you coming?” I looked at my watch. It was four o’clock in the morning! I decided to join them anyhow and headed for the boat. But I didn’t make it very far. There was a bank of sand and I rolled down the sand! I finally got into the boat and we fished all day. Unfortunately, we never got so much as a bite. Nonetheless, I remember it was nice being out on the water.

After graduating from college, I completed my years of theology at Techny and our new theologate at Catholic Theological Union on the south side of Chicago. At the end of theologate in 1970, I remember going home for vacation. I think I spent 10 days sitting in the lazy chair and looking at the wall and doing nothing else. My brain had been fried! There was no alternative but to let it rest for a while.

Ordination arrived quickly on December 19, of 1970. Following that was a period of pastoral care with supervision at St. Elizabeth’s Parish on the South Side of Chicago. From there, I went to East Troy, Wisconsin to teach in the seminary for one year.

I had been determined from the outset to serve in the Philippines, but that was preceded by a desire on the part of my superiors to send me to other places. Once you get a theology degree, they are jumping all over you! I was asked to go to the seminary in Papua New Guinea where they needed someone to teach theology. I turned them down and said, 'No, I want to go to the Philippines.'

Then, about a month before leaving for the Philippines, I was given a chance to walk around the seminary grounds with Fr. Muzinski, our Superior General. He wanted me to go to Ghana to teach in the regional seminary there. I kept thinking I wanted to go to the Philippines. Besides, I did not have any pastoral experience behind me to warrant my teaching theology with some pastoral sense. I said, 'No, Fr. Muzinski, I think I’ll continue to seek to go to the Philippines, in particular to Divine Word University there.' We had a good school there and eight or ten SVDs were living together. I wanted to start out in that kind of a setting.

I was finally given the assignment and when I arrived in the Philippines, I landed on a morning in which a typhoon had just hit the city. There was water everywhere. Trucks and buses were overturned. I took my suit and coat off real fast because it was hot! I had arrived August 17 of 1973 and it was good to be in there. That led to twelve years of being in the Philippines teaching theology and literature and so forth. They were the happiest days of my life.

After the Philippines, I returned to the states and taught at East Troy for another year.

Afterwards, I was asked by Brother Leonard to consider coming to Epworth to do development work. I said yes to that because I wanted to be in some phase of communications. I thought that would be a good way to start. I loved to visit people. I ended up attending a lot of wakes in the area. I wrote up my visits so anybody who was to follow me would have something to go on.

I started in development at Epworth in 1992 and continued there for 24 years until 2016. Development work is long term. It means getting to know people and getting to know where the resources are. That all takes time. Actually, I consider myself to still be in development today in the sense of having an interest in what’s going on out there, and getting regular updates from Mark Singsank, the Associate Director."

Based on an in-person recorded interview
By Guy Vaccaro on Friday, April 30, 2021 at the
Retirement Residence, Techny, IL