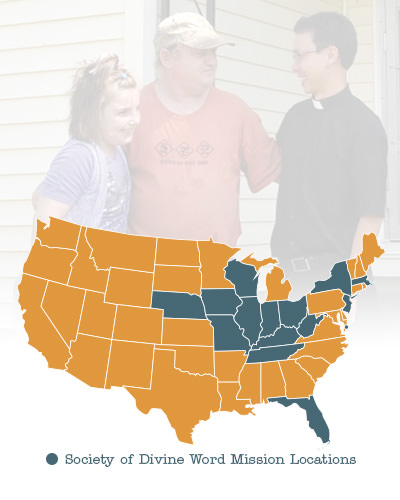 From the midwest to every coast

The Society of the Divine Word was founded by German priest, St. Arnold Janssen, in Europe in 1875, and within twenty years, he dispatched the first brother to the United States. In 1899, our missionaries took up residence in Northbrook, Illinois, where we began the first seminary in the U.S. to educate men for overseas missionary work. Our growth continued with our first seminary west of the Mississippi in Epworth, Iowa (1932); opening a high school in the Watts District of Los Angeles (1962); and serving poor communities in West Virginia where there had been no priests. Some of our rich history includes our first overseas mission to China (1919), the first African-American Bishop in the U.S. (1923), a missionary executed as a spy by Japanese troops in Papua New Guinea (1943), and the first Vietnamese priest ordained in the U.S. (1985), as well as one missionary being recognized by Pope John Paul II and the Queen of England for establishing the modern educational system in Papua New Guinea (2003). One hundred twenty-four years after the first brother arrived in the U.S., there are approximately 220 priests, brothers, seminarians, and novices serving in our Chicago Province. 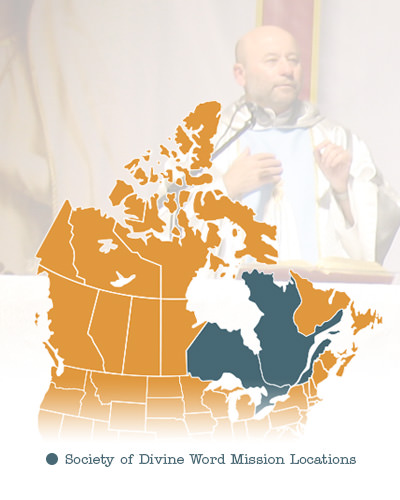 The Society of the Divine Word lost about 700 members during World War II in both Europe and in the missions. In 1948, the Superior General in Rome began seeking vocations in new countries, including Canada. A bishop in the province of Quebec was receptive to the idea of opening a minor seminary and recommended the town of Granby. This became the first French-speaking institution of the Society. The Fathers helped the local clergy by saying Mass in the parishes, and they also cared for local Irish, Polish, Dutch, Hungarian, and German immigrants. With time, they were given charge of parishes. Their pastoral care expanded to include the Portuguese community in Montreal, and the English, Italian, Spanish, Portuguese, and Vietnamese-speaking communities in Toronto where it continues today. 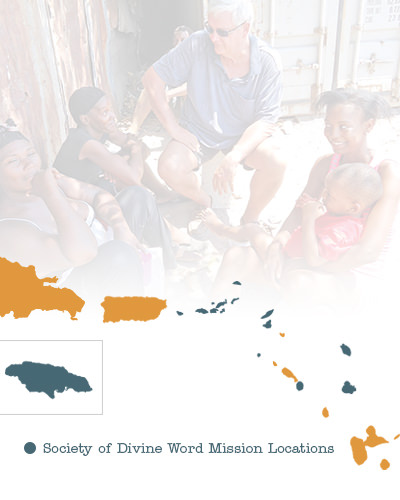 Ministry in the Caribbean began in 1971 when SVD Bishop Joseph Bowers was named the first bishop of St. John’s, Antigua. The Diocese included the former British colonies of Antigua, Barbuda, Montserat, St. Kitts-Nevis, Tortola, Virgin Gorda, and Anguilla. He encountered immediate challenges upon his arrival when the white merchant class refused to accept him as a black bishop. In addition, the Catholic population was a small minority. Nonetheless, within ten years, there were twelve different SVD missionaries working in the parishes on various islands. A new challenge emerged with the influx of Spanish-speaking people from the Dominican Republic. An agreement between the Diocese of St. John and the SVDs gave priority to evangelization, the formation of lay leaders and basic ecclesial communities, the biblical apostolate, and the fostering of local religious and priestly vocations. Today, we continue to provide these various ministries on ten different islands in the Caribbean.