Our Work in West Virginia

Any story about West Virginia will always be profoundly affected by its mountainous terrain, spectacular river valleys and rich natural resources.

These are all factors that influence its people and drive the circumstances of life in the Mountain State. The environmental, economic and social conditions of the state all have a bearing on how the people live, what the people believe and how they express their beliefs.

The first two Divine Word Missionaries arrived in 1973, one in Gassaway, Braxton County, and one in Webster Springs, Webster County. This region of central West Virginia has many challenges. 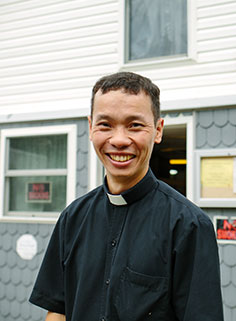 Our Missionaries on location

Since their first arrival, the number of missionaries and parishes has grown.

A story from West Virginia... 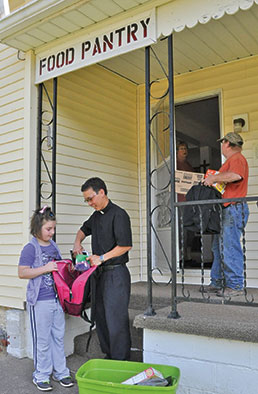 The food pantry at St. Thomas Catholic Church in West Virginia provides food to all who come, Catholic and non-Catholic alike. Today, Fr. Thien greets Elden Pullin who is in his fifties and is accompanied by his granddaughter, Elizabeth, eight years old. He is raising three of his grandchildren and, earlier this morning, there had been a horrible accident in the family. His daughter, Elizabeth’s mother, was in a head on collision that totaled her vehicle. Somehow, she managed to walk away uninjured.

While volunteers fill a large container with food for her grandfather, Divine Word Father Thien Duc Nguyen gives Elizabeth a backpack that he has filled with school supplies and also invites her to select a few toys donated by parishioners.

The work of our SVD priests and brothers as they serve the poor would not be possible without your support. Your donations helped provide the breakfast cereal that will be on Elizabeth’s table in the morning as well as the backpack that Father Thien filled with school supplies. And, last, but not least, your donations bought the toy that Elizabeth will enjoy when her homework is done and Grandpa Elden tells her it is time for play.

Would you like to support our efforts in West Virginia and other communities around the world? Please consider making a donation today. 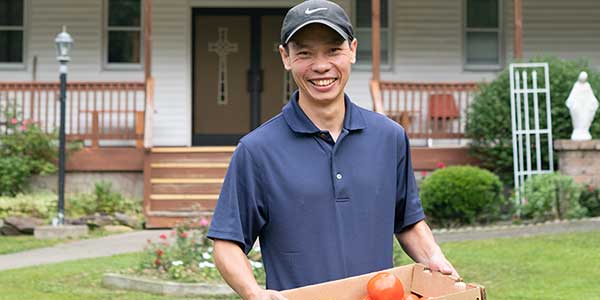 "After my ordination, I asked to come back here where I had served as a seminarian."

We continued to serve through the pandemic. 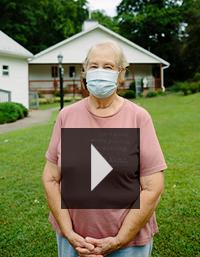 Watch how our missionaries and volunteers assisted people in need during the recent COVID pandemic.