Baby Boomers and Travel: An American Woman in Kenya 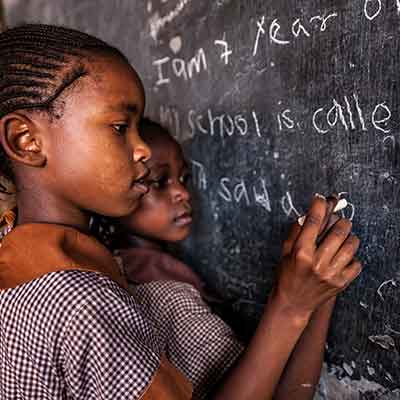 In 1985, an American woman who had travelled extensively in East Africa since the time she was in college, founded a safari planning company. A friend of hers who was a graduate of the same university she had attended in the United States and was now a Member of Parliament in Kenya, invited her on a tour of his country. He wanted to show her how a drought in the northern part of it had affected the people. They had tended livestock on the arid land for centuries and now their livestock were dying. It left them with no food and no way to earn an income. On one of the trips in which she saw firsthand how the people were suffering, she asked her friend who was driving the vehicle to pull off on the side of the road. She was overwhelmed with what she had witnessed, could not absorb any more, and broke down in tears. After she had collected herself, her friend turned to her and made a startling statement, “Now you see as God sees.”

Unlike us mortals, God sees the entire expanse of the human condition. Unvarnished. From those living in the most congested urban areas to those living in the most remote regions of the bush. From those whose lives have been blessed with health, wealth, and comfort to those whose lives consist of seemingly endless suffering. Nothing escapes God’s eyes.

One of the truths about which the world’s religious traditions are in agreement, is that God is especially sensitive to the suffering of the poor. We humans tend to avoid them because their suffering makes us feel uncomfortable. The American woman and her friend in Parliament could have avoided taking the trip to the drought-stricken region. She, for one, must have had some idea that what she was about to see was not going to be pleasant. But they did not. The result was a life changing experience for her.

She happens to be a member of the Baby Boomer generation. One of the things we know from interviews and surveys about Baby Boomers, is that their altruistic motivations have become stronger as they have aged, and narcissistic and materialistic values have waned. Baby Boomers also crave authenticity. When they travel abroad, fifty percent of them show an interest in the native cuisines, traditions, pastimes, and cultural nuances.

In John’s Gospel, after Jesus cures the man born blind, he utters a chilling warning to the Pharisees. The Pharisees object to his condemnation of their blindness, “Surely, you are not saying that we are blind!” Jesus responds, “If you were [physically] blind, there would be no sin in that, but ‘We see,’ you say, and your sin remains.”

A newspaper, a book, and a movie can be instrumental in giving us new eyes. But they are no substitute for travel. As Mark Twain once wrote, “Travel is fatal to prejudice, bigotry, and narrow-mindedness.”

Through faith and a profound sense of personal call and vocation, our missionaries have been given new eyes. They have been blessed with the ability to see the extent to which all of us, regardless of our wealth or poverty, health or sickness, fame or anonymity, are sons and daughters of God. They have travelled to some of the poorest regions in the world to teach people how to see themselves as God sees them. To God, they are his children. To learn more about our missionaries, click here.