The young man’s brother had just been gunned down in front of his house by a rival gang member. He was screaming that he would take revenge. The young man’s father began insistently telling his son he had to forgive.

Into this dangerously volatile situation walked SVD Brother Bernie Spitzley who has been serving in Jamaica since 1999. “I inserted myself between the father and son, and the thought that came to mind was (inspired by the Holy Spirit, I believe) to pray the Our Father. So, I started.”

Brother Bernie continued paraphrasing and reflecting with them when he reached the phrase, 'Forgive us'. "And then, for as long as I live, I will never forget the two of them saying, 'As we forgive those who trespass against us.’ At that moment, I left them as they were embracing and crying in each other’s arms."

While you may find this hard to believe, this powerful experience of mercy and reconciliation could not have occurred without our supporters!

Brother Bernie serves as the administrator of the local Holy Rosary Church in Kingston and the parish cannot afford to support him. That is provided by you, the donor! Know that you made God’s mercy come alive in a very profound way for a poor father and son who had suffered an unspeakable tragedy in Jamaica.

On behalf of Brother Bernie and Society of the Divine Word, we are ever grateful for your support. 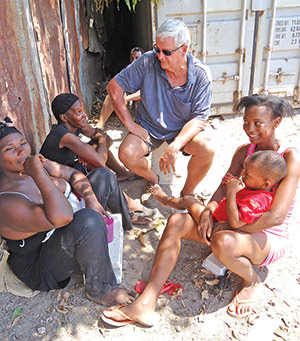 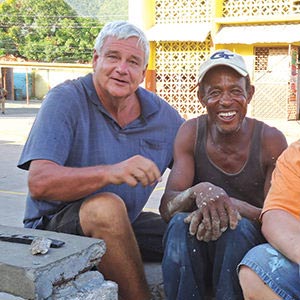