This story is about three people: a teacher, a student, and a pastor who is an SVD missionary at Our Lady of Guadalupe Catholic Community in Lakewood, New Jersey.

First, the teacher. She is Milagro Belloso. A native of El Salvador, she is 56 years old, has been married for 30 years, and is a primary school teacher by profession. Fifteen years ago, she went on a retreat. During one of the small group sessions, an Hispanic gentleman asked her to read a bible passage for the group. It was not until later that she realized why he had asked her. He could neither read nor write.

After that encounter, she began taking notice of all the other members of her Hispanic community who were unable to read or write. She knew she wanted to do something, but did not know where to start. She decided her first step would be to enroll in a class that taught her how to teach language skills to adults. 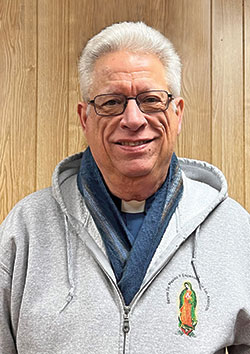 The next person in our story is the pastor. He is Father Pedro Bou, SVD, a native of Puerto Rico who grew up in Chicago. He has been serving in this part of New Jersey for more than 40 years. Like Milagro, he, too, had become increasingly aware of the growing number of Hispanic immigrants who were unable to read or write their native language. And he, too, wanted to do something about it.

He approached Milagro and asked if she would consider starting a program. Looking back on his invitation, Milagro says it was a moment of enlightenment. She thought, “This is it. This is the moment I have been waiting for!” She had found a way not only to help the community, but also to do it with the support of the Church. She gave Father Pedro a resounding, “Yes!”

Milagro has been leading the program since 2017. She says there are beautiful stories that give her chills when she recalls the ways in which the program has helped people. 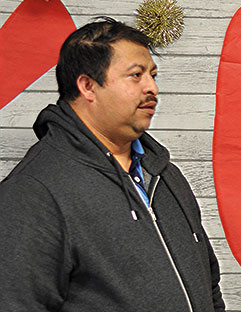 This leads us to the third person in our story. The student’s name is Raphael. He is also a native of El Salvador, is in his late thirties, and has been with his partner for 19 years. They have a son and a daughter. Milagro explained that it is not easy for an Hispanic adult to admit he cannot read or write. They often feel too embarrassed to admit it. In spite of his embarrassment, Rafael decided it was time to learn, so he enrolled in Milagro’s program at the parish.

One of the disadvantages in not being able to read or write numbers was that Rafael could not fill out his own timecard at work. As a result, he had no choice but to give his hours to a friend at work who filled it out for him.

Through his regular participation in the program, Rafael began to learn how to read and write numbers. Along the way, he noticed that something did not seem right about what his friend had written on his timecard. In fact, much to his dismay, he discovered that his friend was not writing down what he had told him. He was shortchanging him! If Rafael told him he had worked forty hours for the week, his friend would write down thirty hours, and give himself credit for the other ten hours. 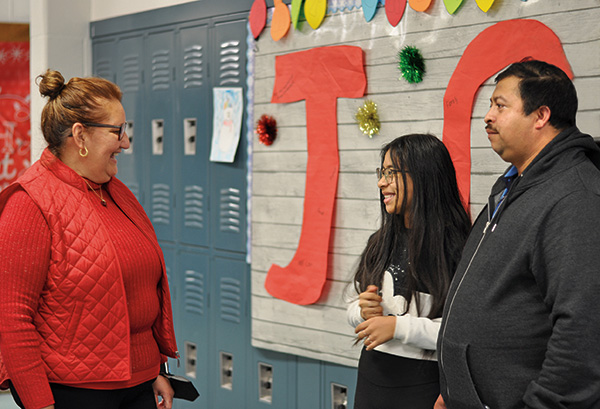 Rafael was upset to be sure, but he was also elated that this program, initiated by Father Pedro and sponsored by the parish, had enabled him to discover the cheating. Correcting the problem has increased his income and enabled him to better provide for his family. He is still enrolled in the course and Milagro reports that he is now reading complete sentences.

Rafael has also been promoting the program among his friends. Milagro says it is one reason enrollment continues to grow. Some of the students have progressed so far, that they are now serving as lectors in the parish. It is a giant leap to go from being unable to read, to proclaiming the Word of God in front of a congregation.

Milagro is grateful not only to be part of the program, but for the support provided by the Society of the Divine Word for Our Lady of Guadalupe Catholic community. It is helping change people's lives.

On behalf of Fr. Bou, Milagrao and Rafael, we are ever grateful for your support.